As Speech-Language Pathologists, researchers and even caregivers of children with speech impairments, we have often wondered: “What does speech therapy actually do? Do we somehow change how the brain works?”  Status appointed Adjunct Lecturer, Aravind Namasivayam, PhD from the Department of Speech-Language Pathology, University of Toronto and a co-author on two recent cortical plasticity papers on children with motor speech disorders proposes that “speech motor intervention does alter children’s brain structure, connectivity and function” (Chilosi et al., 2018; Fiori et al., 2018; Kadis et al., 2014; Yu et al., 2018). 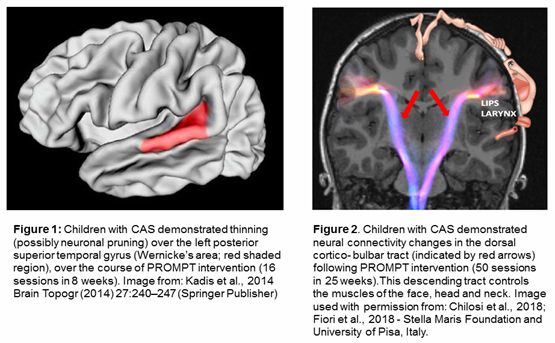 Dr. Namasivayam is thrilled about these findings, as it is the first to explain how and why a speech motor intervention produces its effects, referred to as a Mode of Action (MoA). Demonstration of MoA is key component of discovery and development of therapeutic intervention with federal agencies like the U.S. Food and Drug Administration (www.fda.gov). He suggests that the discovery of MoA for motor speech intervention (specifically PROMPT) in children will (with further research) allow us to (1) identify populations with speech disorders that are most likely to respond to intervention, (2) modify intervention procedures (such as dosage) to replicate the neural effects, and (3) monitor and avoid adverse neural and behavioural outcomes.