Language in Healthy Aging and Dementia 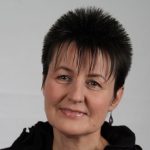 ASTRACT
Everyone over the age of 40 occasionally experiences the so called ‘tip-of-the-tongue’ phenomenon, which is a frustrating and sometimes embarrassing instance of an inability to find a desired word. The frequency of these instances increases with age. Many wonder if this typical aging or if there is something to worry about!? While usually this is just a benign case of a momentary failure in word finding abilities, in some cases it may be a sign of atypical aging, such as mild cognitive impairment or dementia. This presentation will delineate the difference and offer tips on how to maintain language abilities in aging.

BIO
Dr. Jokel is an alumna of the University of Toronto and a member of its faculty. She is an assistant professor in the Department of Speech Language Pathology and a scientist at Rotman Research Institute, where she conducts research on preventing language decline in aging, identifying signs of dementia in spoken and written language and designing novel interventions to fight language loss in dementia. She is well known to the public for her contribution to the analysis of Agatha Christie’s writing suggestive of the author’s dementia in her late life. This notion was called one of the 10 ideas of the year 2011 by the New York Times Magazine. Dr. Jokel has published and presented extensively all over the world on language in dementia. She was awarded the Age Plus prize by the Canadian Institutes of Health Research for her published work in the field of aging. Recently, she has been nominated for the prestigious Weston Brain Institute Outstanding Achievement Award for her work on language interventions in dementia and was awarded the Distinguished Service Award from the University of Toronto Alumni Association.