Lab In the News

Nicholas Wasylyk, graduated from the SLP program, part of RSI at the University of Toronto. Congratulations Nick! 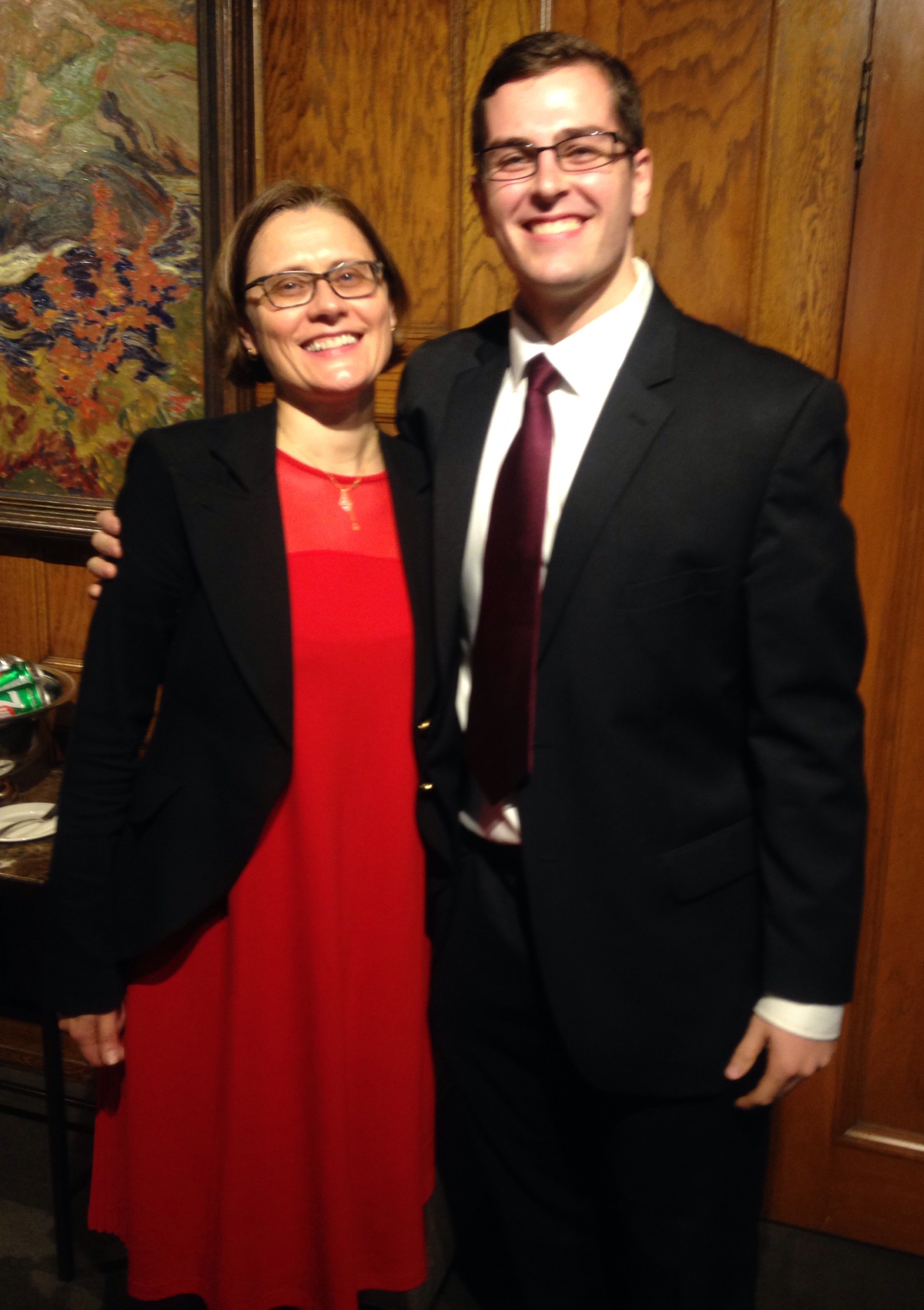 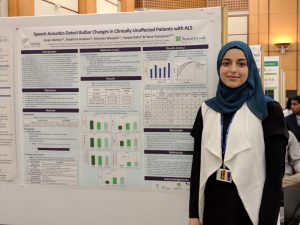 Sanjana Shellikeri, PhD Candidate in SPL, received the Kappa Kappa Gamma Foundation of Canada Scholarship to support her PhD studies in the understanding the neuroimaging and neuropathological markers of bulbar ALS.

Elaine Kearney, graduated from the SLP program, part of RSI at the University of Toronto on June 07, 2018. Congratulations Elaine! 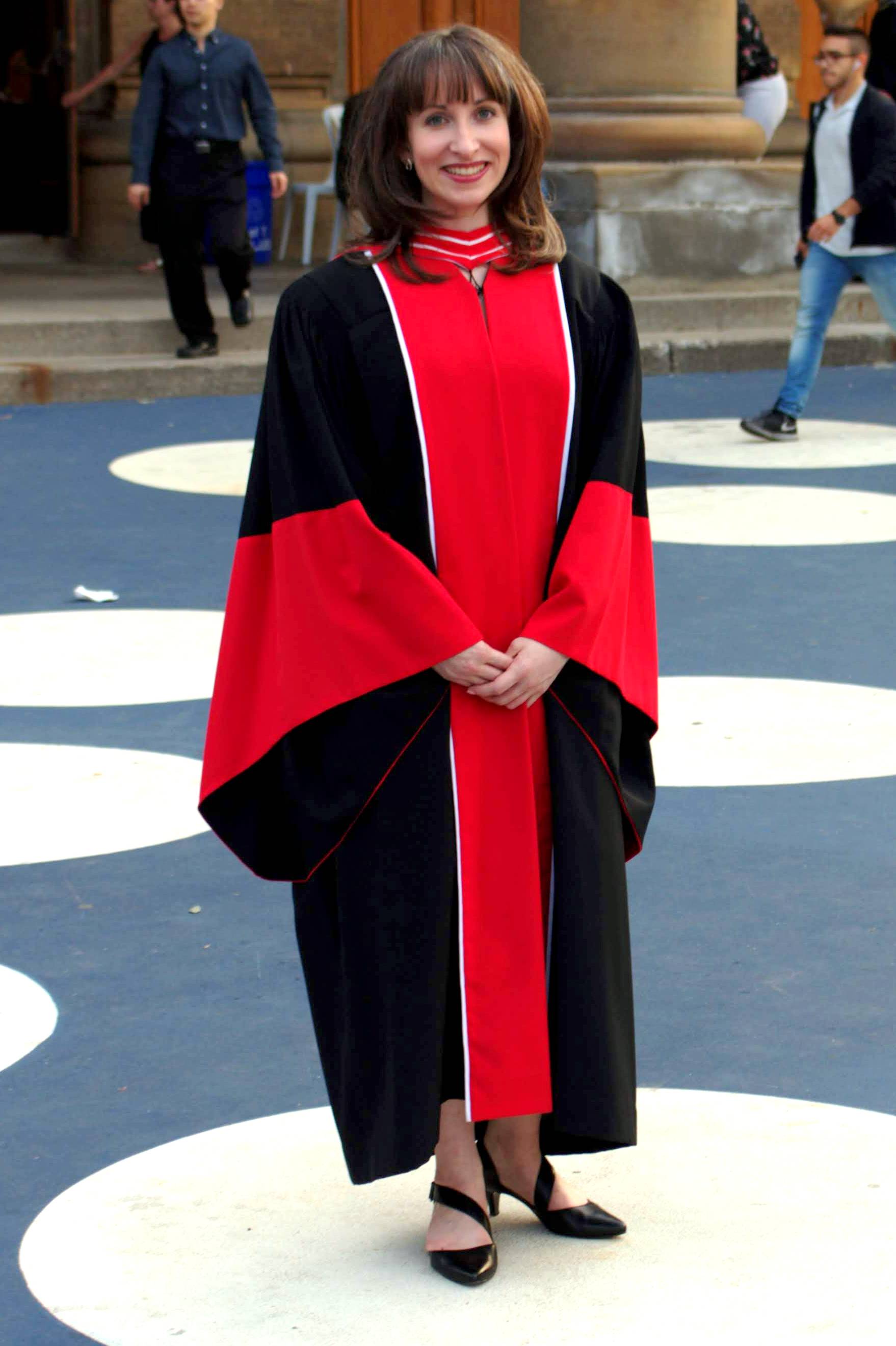 Sanjana Shellikeri, PhD Candidate in SPL, was awarded Best Poster for her work on the neuroimaging and neuropathology in bulbar ALS at the 2018 MotorSpeech Conference held at Savannah, Georgia, USA. Dr. Andrea Bandini and Elaine Kearney also presented their work at this conference. 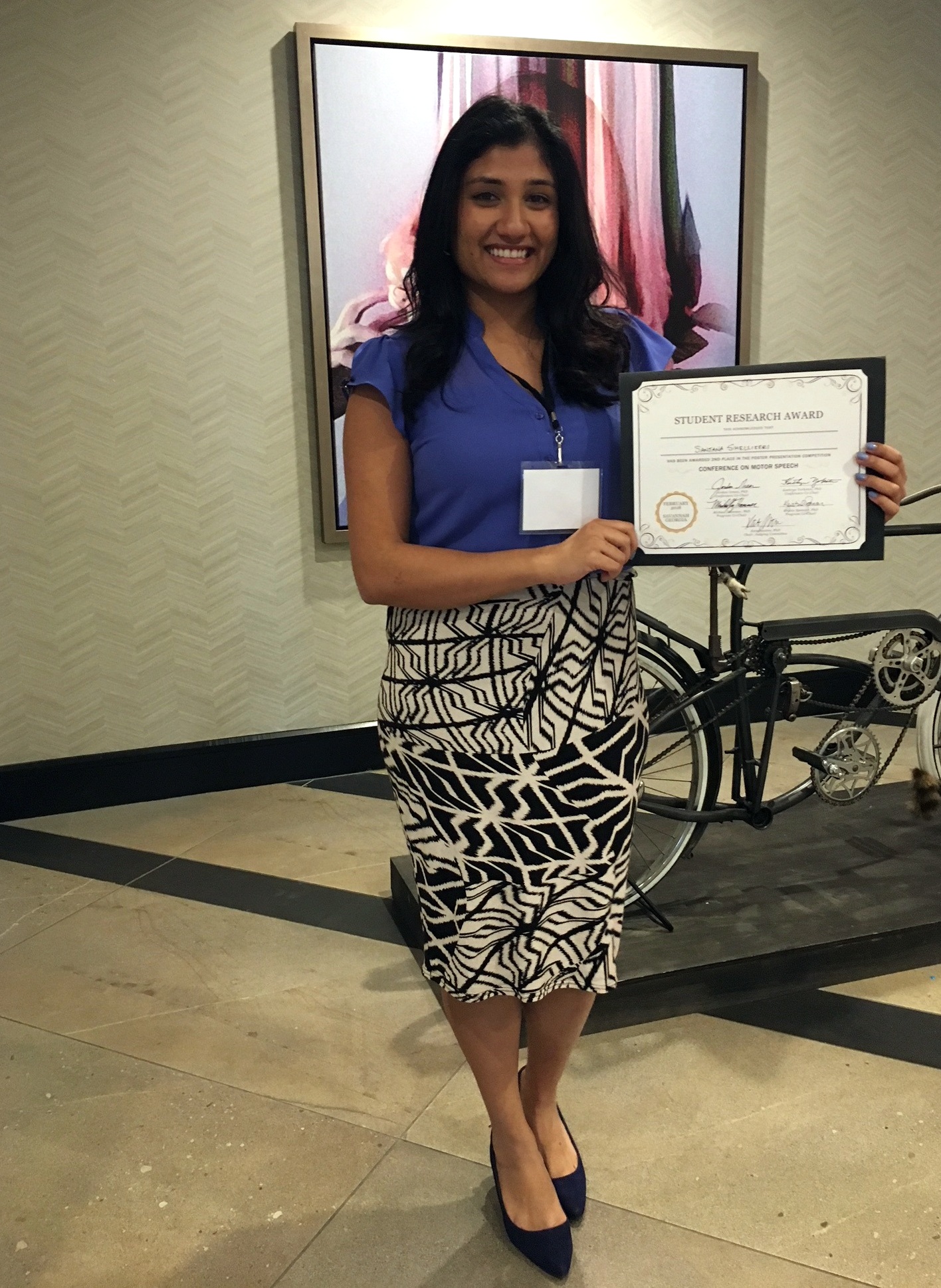 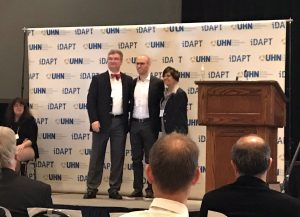 Special issue from the Conference on Motor Speech 2016

A special issue of the Journal of Speech, Language, Hearing Research (JSLHR) edited by Dr. Yana Yunusova highlights the most innovative research trends in the field of speech motor control as it applies to normal and disordered speech production in children and adults. You can read the summary and highlights of the special issue and browse the featured articles here.

Dr. Yana Yunusova’s research on using speech patterns to improve diagnosis of amyotrophic lateral sclerosis (ALS) and fronto-temporal dementia (FTD) was featured in the March 2016 issue of UHN NRx newsletter. The article titled “Neurological Disease: Improving Diagnosis” highlights a recent publication which demonstrates the use of a custom software to detect predominance of ALS and/or FTD symptoms in patients.

Elaine Kearney was awarded a 2015 Team Excellence Award for the Communication Team at the 11th Annual Toronto Rehab Research Day for exceptional academic and research performance at UHN-TRI. Our summer student Renuka Giles presented and was awarded for ‘Best Poster (Undergraduate)’ for the project titled “Speech Intelligibility in Parkinson disease”.

The Speech Production Lab recently participated in the 20 km bicycle ride as part of the Jim Hunter ALS Cycle for a Cure event at Angus Glen Golf Club on September 27, 2015. This event is organized to raise funds for research in treatment and a cure for ALS.

Our undergraduate summer student Vishawathsen Karthikeyan received a 2015 Hurvitz Brain Sciences Summer Studentship Award to participate in research at the Bulbar Function Lab at Sunnybrook Health Sciences Centre. The research project was titled “The Neuropathological Signature of Bulbar ALS” with the objective to characterize the bulbar ALS population based on existing literature in neuropathology.

Great advances being made in assistive technology (Toronto Star, 2015)

The power of speech (International Innovation: An Internal World, 2014)