The discipline of Speech-Language Pathology began at the University of Toronto in 1958 through the establishment of a two-year postgraduate diploma program, the first English-speaking program in Canada. This program was developed because of an acute shortage of speech-language pathologists in Ontario and other provinces. Its planning and implementation were the result of collaboration between faculty members in several basic and clinical science departments within the Faculty of Medicine, in association with speech-language pathologists from several teaching hospitals. Major support for the program’s development was provided by the Department of Psychiatry and the Division of Rehabilitation Medicine, the latter which administered the program for two decades until 1978, when a Master of Health Science (MHSc) degree program was established within the School of Graduate Studies, to replace the diploma program. The development of this degree, the establishment of an independent Department of Speech-Language Pathology in 1992, and the subsequent introduction of MSc and PhD programs (in 1995 and 1996 respectively), have made this University a leader in professional education and research in the discipline of Speech-Language Pathology. 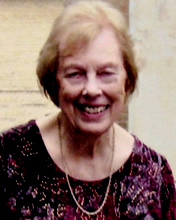 Professor Jean Walker began her career at the University of Toronto’s Speech Pathology program as a clinical teacher in 1959, one year after the establishment of the program.  Three years later, in 1962, she became the first full-time faculty member in the program.  Subsequently she became Head of Speech Pathology (1972), then Director of the Division of Speech Pathology (1973-1983), and finally Chair of the new Graduate Department of Speech Pathology (1978-1983). Professor Walker demonstrated singular leadership in helping to develop and establish the Master of Health Science program.  As professor emerita she continues to enrich the department with her contribution to department fund raising initiatives, planning for the Department’s upcoming 55th Anniversary, and completion of a history of the department’s first 25 years.  To honour Jean we are fund raising to create an endowed scholarship which will bear her name and will financially assist one MHSc student each year.  Jean writes “I have always considered myself privileged to have been a part of the Department for the major part of my career and for the opportunity to contribute to its development.  My life continues to be greatly enriched through my involvement in the program.”

To donate to a fund for a scholarship in Jean’s honour, go to https://donate.utoronto.ca/give/show/41,  enter the amount under the Department of Speech-Language Pathology section and click add to cart. The form will expand allowing you to enter the text “JF Walker Award” in the Additional Information box.

Annually, one entrance scholarship and over two dozen bursaries are given to MHSc students from an endowment to the Department honouring the life and work of Donalda Jean McGeachy. Who was Donalda? Follow to read more about this Donalda…